Being the most populous city in Australia, Sydney is the capital city of the state of New South Wales. Not only is it located on the beautiful Australian East Coast, the metropolitan area of Sydney is also home to nearly 5 million people! It is a city surrounded by national parks, rivers, bays and beaches, and inside you’ll find many notable attractions including the Royal Botanic Gardens and Hyde Park. Besides being one of the most visited cities in the world, Sydney is also famous for hosting some of the greatest sporting events too, from the Olympics to the Commonwealth games. If you’re thinking about taking a trip to Sydney this year, here are some of the city’s top attractions.

The Sydney Opera House is arguably the most recognisable building in the city. Not only is its architecture is some of the best in the world, but the structure looks spectacular at nighttime. Offering six auditoriums where different concerts, dances and opera are staged, the Sydney Opera House also has a studio where emerging artists can showcase their talents. The aesthetics resembling a whale’s belly is perhaps the reason most events sell out as soon as they are announced, and there’s also the opportunity to get a guided hourly tour of this magnificent building! 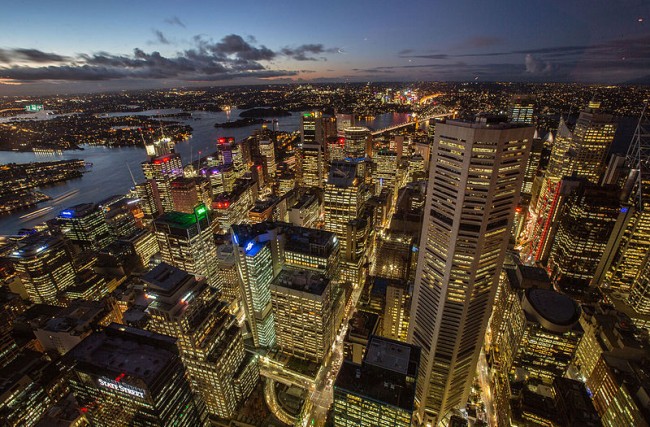 Whether you are driving over it, sailing under it or even rollerblading across, you’ll never be able to get enough of the Sydney Harbour Bridge. Not only is it one of the biggest structures in the city, but the bridge links North Sydney with the central business district. Tourists can experience the best of this bridge by crossing it on foot like many ‘sydneysiders’ love to do, with the view from the top nothing less than breathtaking.

Travelling down under might seem expensive, however you’ll always be able to find cheap flights to Australia at Cheapflights.co.uk. There are loads of great deals to be found online when it comes to airfares, so be sure to compare the market before you book!

The Sydney Aquarium is perhaps the most famous tourist attraction in Australia, and attracts more visitors than any other attraction. Home to a large variety of aquatic life, it is estimated that there are some 600 species of marine animals at the Sydney Aquarium, with some of the most famous species including sharks, starfish, and platypus among others. By walking through the acrylic underwater glass, you’ll get to experience the Great Barrier Reef coral environment, and also see some beautiful fish swimming above you.

The Art Gallery of NSW has an intricate design, an ultra modern exterior and plays a very vital role in Sydney’s society as a whole. You cannot visit Sydney without visiting this Art Gallery to experience the European, Asian and the Australian collection of art that tells the history of the country, as well as the world. Several international exhibitions are common at this art gallery, and a tour guide is usually present to help you understand some of the most intricate paintings of all time. The Art Gallery of NSW also is also home to concerts, courses and celebrity talks.