What to do in Cyprus

The area of Paphos is always very popular due to excellent combination of nature small bays and sandy beaches with the mountains in the background , archaeological sites and the typical picturesque fish harbour. Due to very well kept mosaics of Dionysus and Aion villa, the famous and magnificent Tombs of the Kings , the St Paul pillar and Santa Solomoni catacombs , the town of Paphos is under the protection of UNESCO. The nearby ruins of Temple of Aphrodite and the legendary birthplace of Aphrodite are important places to visit and to have a short swim in the clear sea waters.

Paphos outskirts, monastery of St Neophytos and further on direction north to Polis and Latschi area can also be a very nice day tour. The nature of the preserved peninsula Akamas and the Baths of Aphrodite in combination with fresh fish meze next to Latschi harbour, attracts not only the foreign visitors but also the locals. This area gives also the opportunity to those who want to have a hiking tours in the area. 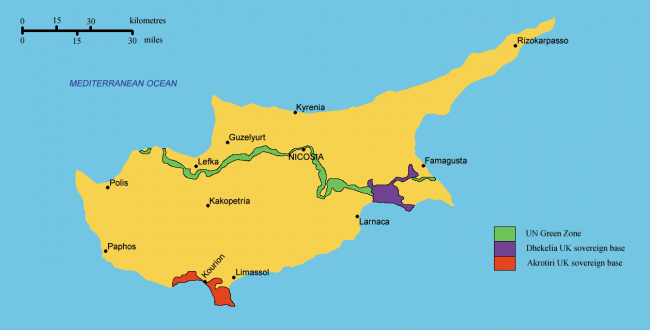 What to do in Limassol

Limassol town and area is always an attraction for a day and night tours. The cosmopolitican town being the second biggest on the island is famous for it. s night life. Cyprus traditional taverns and restaurants with Cyprus, Greek and international music, modern clubs , discos and other pubs are satisfying every taste.

A day visitor can see the Kolossi castle which became the headquarter of Knights of St John of Jerusalem, the ancient Roman . Greek theatre of Curium with beautiful mosaics and the Apollo Hylates Temple. Alone the town with it’s narrow streets but also the modern avenues decorated with all kind of shops and offices is always very busy winter and summer, day and night. Value for money goods such as leather items, pottery, clothes, silver and gold as well as famous Cyprus laces, embroideries and other souvenirs and gifts are available at very attractive prices. While one is in Limassol is recommended to visit one of the wineries, have tour around and taste the different products. An important monument in the heart of the town is the Medieval castle where according to history Richard the Lionheart got married to Queen Berengaria of Navarre. On the east side of the town the ancient Kingdom of Amathus which are still under excavation , will give to the visitor a complete idea on all the archaeological sites of the town.

What to do in Nicosia

Nicosia, the capital town of Cyprus and due to the Turkish occupation ,the only divided town of the world is a DIY excursion destination. Modern roads, government and public buildings and parks on the one hand presents the modern face, and particularly Laiki Yitonia, a pedestrian section which has been restored to evoke the atmosphere of the olden- day city with traditional houses and workshops on the other hand presents the old original part of the city. The old part of the town surrounded by the Venetian walls over 400 years old was the main defense of the town against the different occupators.

The main Cyprus archaeological museum which is the most important collection of antiquities and art treasures since the Neolithic age when history of Cyprus starts. The wholly painted Cathedral of St John and the nearby Byzantine museum with a superb collection of icons is also very popular to visitors. Demarcations line in Ledra street, National Struggle museum, The Presidents palace, the Hadjigeorgakis Kornessios house ,the Archbishop Makarios magnificent statue and the Cyprus handicraft center are some of the most important places to visit.

Larnaca town and surroundings are offering not less to the visitors. The town is built on the ruins of the old Greek Kingdom Kition and is the third biggest on the island. Church of St Lazarus with the tomb which is under the sanctuary is worth to visit. The Fort house of the town and the Pierides family museum are always included in a day tour to Larnaca. Having visited all the places is certainly a miss if somebody doesn’t go for short walk in the Palm promenade and enjoy a meal or a refreshment at one of the numerous restaurants and cafeterias next to the beach. Main interesting places outside the town, are the church of Panagia Angeloktistos with it. s wall mosaics and the Hala Sultan Tekke, a Moslem mosque which is surrounded by the Larnaca salt lake.

As a half day excursion can be organized in the area between the three towns Limassol, Nicosia and Larnaca , the area which offers to a visitor the chance to see how the famous laces and embroideries and a silver ware, are done in Lefkara village. A visit to one of the very few Nun monasteries in Cyprus the monastery of St Minas. Not far away from the village is the Neolithic settlement of Chirokitia, the first human roots in Cyprus since 6000 years B.C.

The Troodos mountains located in the mid of the island with highest point Olympus appr 1975 m above sea level, is another interesting place for visit. A lot of typical and picturesque villages on the southern slopes are known as the wine . producing palaces of Cyprus. The largest one, Omothos but also the summer resort Platres are possible stops on the way. The narrow streets and the traditional houses with yards full of flowers hanging down from the balconies make the village maybe the most beautiful on the island. The monasteries of Holy Cross at Omothos village, the Trooditissa Monastery, and the biggest and richest Kykko Monastery are on the way. On the hill next to Kykko monastery and among tall pines, is the Tomb of late Arcbishop Makarios the first President of the Republic of Cyprus.

The scenery with green pine and cedars forests , the mounts and valleys together with all those villages , small churches and monasteries are giving a unique panorama. Even ski lifts are available for skiing during the winter time when normally there is sufficient show. Small taverns and kafenia are always around on the way where the traveler can have a stop for a meal, coffee or for a glass home made wine or cool beer.

Jeep safaris are nowadays very popular mainly among the young population. The preserved area of Akamas peninsula and the Troodos mountains are offered for such trips. In a four wheel drive cars and with experienced drivers daily trips take place from all resorts, to Akamas. The Avakas gorge alone with the sandy and isolated bays on the coasts are attracting a lot of visitors. It’s a combination tour, which offers knowledge on flora and fauna of Cyprus but also having a walk in the nature trails and swim in the isolated beaches away from mass tourism.

Boats with all government and European safety regulations and means are sailing daily to all coastal places of interest. People can enjoy sunbathing on board or having a swim in the clear waters after anchor in small sandy bays. Boats are always fully equipped with full bar and restaurant facilities and barbeque luncheons or full Cyprus meze is served aboard or ashore. During the trip different water sports and games are organized by the crew where clients are welcome to participate. These boats are also sailing for night tours during which the whole boat functions as a floating disco or with live music and performances of Cyprus folk music and dances.

Cyprus location between three continents gives us the advantage to organize mini cruises to neighboring countries. Large cruise boats sail from Limassol port to Israel, Egypt, Lebanon and Greek islands. Boats are traveling during the night and arrive to destination on the next morning. There are excursions organized to main places of interest such as Jerusalem / Bethlehem, or Cairo museum and Pyramids, Beirut area etc. Nice restaurants and cafeterias as well as night clubs and casinos are available on board sothat passengers beside the excursions they get ashore, they enjoy the cruise on board too. These cruises are mainly for two nights and in case of pre booking, these two nights are not double calculated.

Medieval nights usually in a front of a medieval monument with uniforms and food as well as relevant music is another theme night which is tailored made to groups. Greek nights also with staff and customers dressed like the old Greeks and same taste food as it was used to be and served by local girls, are organized. Homemade wine in carafes together with the music of ancient lyra is completing the atmosphere.

Different theme nights with relevant food are organized for our groups who want to experience something else. On the first hand taverns are doing performances of traditional Cyprus wedding fest with national costumes and all other old habits. Dances and music