Nederland, Colorado is located in Boulder County at an elevation of just over 8200 feet and has a population of 1337 people in an area of 1.4 square miles. It is located in the mountains of southwest Boulder County in close proximity to the Continental Divide and Barker Meadow Reservoir. It started in the 1850s as a trading post for the local Indians and the European settlers. It first flourished when deposits of gold and silver and tungsten were discovered at the famous Caribou mines. Today, the place is better known as a major gateway for outdoor recreation in the nearby Indian Peaks Wilderness, Rocky Mountain National Park and the Roosevelt National Forest.

Nederland is conveniently located being 15 miles from Boulder, 50 miles from Denver and 38 miles from Estes Park. It was the site of the stamp mill that separated the silver from the ore from the Caribou mine which has long since been a ghost town. Later, the First World War saw renewed demand for tungsten and the reopening of the old silver mines. The town gets its name from the Dutch company that operated several mines in the area. 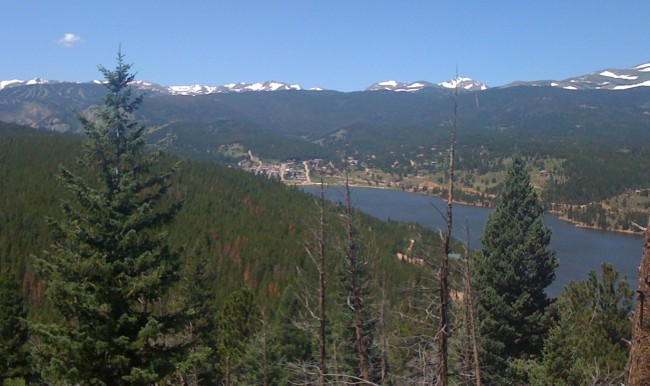 In the 1970s and 1980s, a barn in the ghost town of Caribou became a major recording studio and famous musicians like Chicago, Earth Wind and Fire and Elton John recorded some of their most famous songs here. The studio was opened in 1972 and destroyed by a fire in 1985. Between these years, many of the biggest names in categories of music like rock, jazz and bluegrass recorded their music here. Now the major business of Nederland is tourism and many people who live and work in Denver and Boulder have vacation homes here.

Every year in August, the Jeff Guercio Memorial Baseball Park becomes the host for the Nederland Music & Arts Festival which is fondly known as the NedFest. This festival lasts for three days and is popular with lovers of jazz, bluegrass and world music. Only 2000 tickets are sold every day for the music itself but the festival extends through the town and you can see lots of arts and crafts was enjoying a variety of food and beverages.

The first weekend every March celebrates the famous Frozen Dead Guy Days festival. This festival celebrates the attempt of a former resident to indulge in do it your self cryogenics by attempting to preserve the corpse of his grandfather with the help of dry ice. The frozen corpse was eventually discovered when his mother was evicted from the house. It was kept in a specially made Tuff Shed and a local company provided a continuous supply of dry ice. During the festival, you get to visit the shed and watch a special documentary film.